Home » Blog » A perspective from Poland

A perspective from Poland 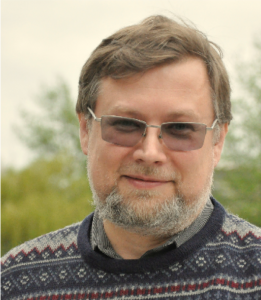 Marcin Hlond, Director System Engineering at UltraSoC who heads up the team in Warsaw, Poland, gives his perspective of the coronavirus situation there.

The UltraSoC office in Warsaw, Poland, at the WeWork building, is not closed. They keep it open with some restrictions (e.g. all visitors must strictly register upon arrival), but the office is completely empty – everyone is working from home. 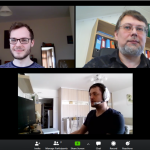 When working from home we communicate using the usual ways: Slack and voice calls. But we don’t really need to communicate much: everyone in our team is doing different things, which includes team members in Cambridge. I think so far we’re OK: it’s been only a few days. I’m personally used to it: I have done quite a lot working from home in the last 2-3 years, so I developed a certain discipline; not having young children any more helps I guess. but a member of my team has a young daughter so he needs to manage that.

The situation in Poland looks serious. Radical steps were taken about a week ago, when official diagnosed cases were still about 200.

Overall there is not much panic at the moment; most people seem fairly disciplined and are staying at home if they can (but there is some usual trouble with people ignoring recommendations and still relaxing outdoors). There are some shortages for the usual items, and some shops are limiting how many items you can buy for certain things, but otherwise largely stable as far as I can see (at least for now).

On the plus side, the weather is not bad, with sunny (but fairly cold) days.

We hope that the situation resolves itself and that our normal daily routines return to normal soon, but for now we follow all the guidance and advice; and remain home.