Chris Wade joined the UltraSoC Board in 2012, and following the company’s acquisition, he now shares his perspective on the company’s development and success factors 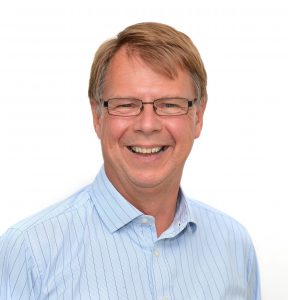 Back in 2014, the UltraSoC Board decided to hire Chris Gilbert as Chairman, following his sale of Ubiquisys to Cisco. The new Board realised the company needed a new executive team to propel the company from being a technology company with a single product offering, to one with global aspirations, a more developed product portfolio, and more customer focus. Part of this was a search for a new CEO, and in 2015 the Board hired Rupert Baines because of his deep and global industry experience from working at US-based Analog Devices, Mindspeed and Picochip.

Next came the search for a CTO who would be able to take the company forward technically. Chris Gilbert, Luke Hakes (Octopus Ventures) and I travelled to Bath to meet Rupert and he introduced us to Gajinder Panesar (Gadge) who we immediately recognized as being very smart. He had been to Cambridge and met the UltraSoC tech team and immediately had a few ideas how to take things forward technically (a massive understatement as it turned out). Gadge had very significant experience at Nvidia, Picochip, Inmos and was a design engineer at Acorn Computer the forerunner to the now world-famous Arm. Reference calls with people like Stan Boland told us all we need to know “You would be very lucky to have this superb technologist.”

By 2016, the change in management was already paying dividends: customer numbers had doubled, and UltraSoC’s global footprint was growing with a major customer win in China. Rupert and Gadge were developing a technology roadmap that would be the blueprint for the portfolio we see today, including the focus on embedded analytics, cybersecurity and safety.

In 2017, the company raised additional funds from Oxford Capital, and Indaco Venture Partners. Alvise Bonivento would prove to be important addition to the Board. This move also got Alberto Sangiovanni-Vincentelli involved. Alberto had a highly relevant résumé having co-founded Cadence Systems. Sitting on many company boards and being a Professor at the University of California (Berkley) gave him a unique position to support and advise the management team, technically, strategically and commercially (read the blog from Alberto)

To relieve the unrelenting pressure on the management team, Aileen Ryan was hired to join the team, ultimately becoming Chief Strategy and Operations Officer, a vital part of the team. When Chris Gilbert stepped down as Chairman in 2017, Alberto was the obvious choice which was widely acknowledged in the industry.

In 2018-2019, the company continued to experience robust customer growth in Asia and the US in particular with two US tech giants now under its belt. This was testament to the development of the product portfolio and the positioning but also the sales strategy under the leadership of John Hartley. These developments encouraged further investment from Seraphim and e-Capital.

By 2020, there was increasing interest in acquiring UltraSoC – the team’s hard work and proof of the company’s strategic direction over the last 5 years were proven by the eventual deal with Siemens, with UltraSoC destined to join the Mentor Graphics part of Siemens Digital Industries Software to start the next leg of its successful journey.

I had joined the Board in 2012, Luke Hakes had joined back in 2010, so it’s fair to say the early days had many twists and turns, requiring much investor patience. But in the last 5 years, much credit can be given to the remarkably talented, resourceful and committed triumvirate of Rupert, Gadge and Aileen.