Engineering students’ perspectives on the future of automotive technology ‘inspiring’

As the 2020 Automotive Electronics competition is launched, we caught up with Stewart Edmondson, the CEO of the UK Electronics Skills Foundation (UKESF).  The competition is run by the UKESF, in conjunction with AESIN and is once again to be sponsored by UltraSoC. Stewart shared his thoughts: 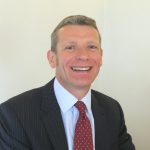 development of our future engineers, so we are delighted that UltraSoC has, once again, agreed to join us in sponsoring the Automotive Electronics competition. It is inspirational for us all, to see such fantastic entries, and I’m sure the quality in 2020 will be as high. I wanted to take the opportunity to reflect on last year’s entries.

There is a popular misconception that engineering students lack imagination and vision. This myth was disproved based on the evidence of last year’s competition. The range of subjects covered by the ‘think pieces’ was really wide and it was very heartening to see students producing thoughtful and thought-provoking pieces about the future. The level of engagement and interest in the inaugural competition was high.  We received entries from students from 12 different universities and winners David Kong and James Leyland were from Edinburgh and York. David was the overall winner and his essay “Cyberattacks: Invisible Threats to the Eyes of Autonomous Vehicles” was well-researched and insightful; his opening words really grabbed the reader’s interest:

“You’re on your way to work and your car suddenly starts to drive in an infinite loop around a roundabout. “Another One Bites the Dust” by Queen starts blasting out of the infotainment system. You’ve been hacked!  When I think about automotive cybersecurity, one of the first things that springs to mind is the movie scene from “Fast and Furious 8: The Fate of the Furious” where a hacker wreaks havoc in New York City by turning over 1000 cars into a swarm of “zombies”. With many companies already trialling self-driving vehicles, how close are we to a safe and secure driverless future?”

You can read more of David’s essay and see both of the winning essays here.

As we know, the automotive sector is changing rapidly and radically. Electronic Systems (ES) are becoming increasingly important and sophisticated, totalling as much as 40% of the components of some vehicles. Electronics accounts for 80% of in-vehicle innovation, and continues to have a hugely positive impact on car safety, security, economy and control. The UK already has a strong presence in the global automotive industry, but the race is now on for automotive companies to embrace open innovation practices and focus on accelerating the delivery of advanced ES into their vehicles. As Alan Banks. the former Chair of AESIN and now CEO of TechWorks has said:

“The automotive electronics industry is going through unprecedented change, and the security challenges we face both now and in the future with connected and autonomous vehicles will be solved by the next generation of engineers and scientists who truly understand the challenges of digital resilience and cybersecurity in the new automotive space.” 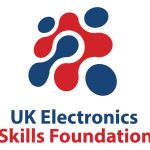 This desire to get more students involved in thinking about the challenges is the main motivation for the competition. We want to raise awareness about, and interest in, automotive electronics and security, amongst undergraduates. Entrants are required to produce a ‘think piece’ about the future of cybersecurity for connected and autonomous vehicles and submit it directly to the UKESF (competitions@ukesf.org). The closing date is in August and with the winner receiving £1,000 there is plenty of time and a great incentive to submit an application.